My fifth year at Liger has passed by really quickly. Like other years, the other students and I have gone through five explorations, three of which are required for everyone to go through. Those three are Khmer Rouge, Waste Management and Climate Change & Human Health related. The other two are Liger Digital Currency and Geology of Cambodia. Each exploration has made at least little changes to Cambodia in one way or another. The two that made the greatest impact in Cambodia are Geology of Cambodia and Ecosystem Services (Climate Change & Human Health related). Besides explorations, I also joined outside-class events that have made changes to Cambodia. One of those events is International Coastal Cleanup Day which led by Soliday and me.

Geology of Cambodia is an exploration where I got to learn about geology such as the type of rocks, how they form and how can I relate it to a place to see what it’s like long ago. In addition to learning in class, we took three field trips to different parts of Cambodia including Kep, Mondulkiri and Ratanakiri, and Koh Kong to see the type of rocks the region is made of, learn how to identify the types of rocks and come up with a conclusion on the geological history about the place. As the products of the exploration, we’ve created a Facebook Group and a blog. In the Facebook Group, we posted information about different places in Cambodia including the type of rock they’re made of, the age of the place and how this place got there. The Facebook group has a total of 1,066 members. There have been 25 posts uploaded by our group. Those posts include tectonic plates, Phnom Srey, Bousra waterfall, shale and may other geology-related topics. All of these posts are in both Khmer and English. The Facebook group is there to spread knowledge about how some part of Cambodia is the way it is right now, how some tourist sites get formed and some basic information to geology field. Meanwhile, the blog is there to share about the things we’ve learned in class, the field trips that we took, geology’s vocabulary and what we’ve learned. With our exploration products, blog and Facebook group, the geology group has helped to provide basic information about geology to other Cambodian and explain to them how some part of Cambodia is the way it is right now via our Facebook page and blog.

Ecosystem Services is my last exploration for this school year. Ecosystem services are all the services that ecosystem provides to humanity. In this exploration, students were divided into three teams and focus on different things. One of the team focuses on creating a play on lightning safety, the other one focus on building an organic farm and the third one focus on creating a survey about the fish stock. The Lightning group create a play on what to do when there are a big rain or storm and potential of lightning. The play involves everyone in the group. The Organic Farming group comes up with types of plants they should have for the farm that’ll be built on our trip and the benefits of those plants. The Survey group created a 17 questions survey to interview villagers on our trip to find out about climate change and fish stock. We work very closely with Song Saa Foundation, and the idea of creating the three teams also come from Song Saa Foundation. Therefore, a big part of our exploration is going to Koh Rong, where we can work closely to Song Saa Foundation. We went to Koh Rong for one week. At there, the lightning group has everyone do the play for two villages, Prek Svay and Derm Tkov to educate them about lightning protection because lightning said to be increasing. The Survey group also survey the two villages to see if the fish stock is reducing or not and to see if there’s a change in their climate. The Survey team then wrote a report about data that they’ve collected in a survey report format. Meanwhile, the Organic Farming team work with Song Saa Foundation on the trip to involve everyone in our group, a couple of other Song Saa Foundation staffs and lots of teens who live in Prek Svay to build an organic farm in Sala Song Saa school. The farm is built as a model to the villagers that they can build a farm to support their family. To sum everything up, in this exploration we educate people in Prek Svay and Derm Tkov on what to do when there’s potential of lightning, we build an organic farm as a model of what villagers can do as climate change is becoming a problem in Prek Svay, and wrote a report about fish stock and climate change based on our survey.

After doing the Marine Conservation from the previous school year, Soliday and I were inspired to lead the first International Coastal Cleanup for Cambodia. Together we chose 30 students including the first and second cohort who volunteered to help clean up our beach. Students were trained on how to keep track of trash they’ve collected so it can be put into an international database for the cleanup day. On 17th September 2016, we drove down to Kep and with some MCC staffs and volunteers, we’ve collected a total of 309 kilograms of trash. These were collected from two locations in Kep. The whole event lasts a day long. When we’ve done with the cleanup, Soliday brought all the data we’ve collected from the cleanup day and submitted them into the International Coastal Cleanup database. Since then, Cambodia name has registered on the cleanup day.

In conclusion, the three main things I did on my fifth year at Liger that make the most changes to Cambodia are: leading the first International Coastal Cleanup for Cambodia; being a part of the Ecosystem Services and the Geology exploration. 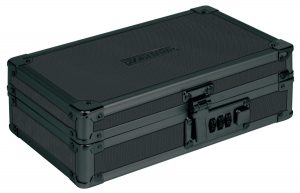 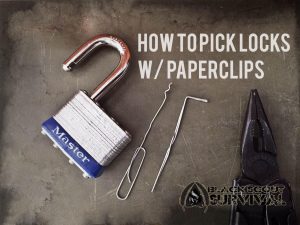 This is my second exploration of my fifth year at Liger. In this exploration, we focus on starting a business that will help to solve waste problems for our community and other places. By the end of the exploration, we’ve written a feasibility study on the business plan and other details. Our business will be about collecting organic waste and turn it into compost because, in Phnom Penh, 60-80 percent of waste thrown away is organic. During the process of writing the proposal and come up with the business plan, we went out to our community so many times to interview people about trash. For example, what kind of trash do you throw the most, do you compose your organic waste and other trash-related questions.

Link to our feasibility study:

Minecraft Animation is my first Independent Discovery (ID) of my fifth year. For this ID, I have learned how to animate Minecraft character using Mine-Imator and create a short animation out of it. I primarily use YouTube as my learning source from a guy named AnxiousCynic (thank you very much).

After learning from him I then go ahead and try to animate something by myself. My first plan to make a steve and a zombie pigman fighting but after working on it for a while I realised that I need to practise more before going to something like that because my animation was so sloppy, the character walking is not smooth at all. So I went back and work on something simple than that. Here is what I have, it’s pretty smooth to me (I’m not focusing on the chicken).

Liger Leadership Academy students are English Language Learners. They have been immersed in English for over five years but are still developing grammar and fluency. At Liger, we pride ourselves on prioritizing process over product. Please excuse any English errors as part of the learning continuum our students have taken over the years.

Welcome to my portfolio! My name is Nilroth, 16 years old. I was born and raised in Cambodia. Once nine, I procured a phenomenal scholarship to attend Liger Leadership Academy (LLA). My life changed.

At LLA, I am given so many incredible opportunities. Through them, I’ve come to conclude that problem solving, calculated risk-taking, and leadership are integral to my disposition.

I have found myself loving and enjoying science –yes, everything about it. Furthermore, I am one of the eight members of the Liger Marine Research Team (LMRT). I hope you enjoy your time visiting my portfolio and feel free to leave any comments, suggestions, or even questions.